I was having trouble using suspend, hibernate and hybrid sleep functionality on Ubuntu 17.04 using Gnome 3.24. The troubles started immediately after installing the uswsusp package:

I was hopeful and typed systemctl hibernate, but the system got stuck on Snapshotting system.

After a hard shutdown, the system was no longer bootable. It would only boot in recovery after waiting for 5 minutes on /scripts/local-premount.

These issues were caused by having an encrypted swap file, but soon other issues surfaced, rooted in shaky support for hibernation in both Ubuntu and Gnome.

So, here’s a guide to how I set up hibernation.

END_OF_DOCUMENT_TOKEN_TO_BE_REPLACED

Though internet relay chat (IRC) is old technology, many people still use it daily. One of the most popular IRC clients for Windows is mIRC. This client is impressively feature-complete. However, it does not offer a way to satisfyingly solve one of the grievances of many IRC users: the flood of join and part messages in big channels, caused by the constant stream of people coming in and leaving. mIRC only offers the option to either show or hide all join and part messages completely; but does not allow for any fine-tuning.

What I was looking for was a way to show or hide join and part messages based on the size of the channel. If a channel has only few people, I’d like to see all joins and parts. If, however, a channel has many users (e.g., more than 25), this quickly becomes a nuisance. In addition, even in big channels, I’d like to see all joins and parts of people who were recently active in the channel, so as not to accidentally reply to someone who has left in the meantime.

With this specific need, I created a solution, which I have made available on github. It can be added to mIRC by loading it as a script (Tools -> Scripts Editor -> File -> Load). Configure it by right clicking in a chat window, and select Join/Part Filter -> Settings.

Programming this solution using mIRC’s scripting language was definitely a fun project: the scripting language is quite basic with little documentation, and as mIRC’s interpreter offers hardly any assistance when things go wrong, it quickly turns into a puzzle. However, it’s also quite powerful and allows you to access and modify many things within mIRC.

Discord is a great platform for text and voice chatting. However, one feature has been seriously lacking for a while now: the ability to see a log of people joining and leaving voice chat rooms.

Luckily, Discord provides a way to create bots. These bots have access to a variety of events occurring on a Discord server, including voice chat events. Of specific interest to us, bots can track events of people joining and leaving voice chat rooms.

I set out to create a simple bot able to log these events to a specific Discord channel. I programmed the bot in Python, using the discord.py library (v0.16.7). My code is open source and available on github. See the bot in action in the video below:

If you’d like to use this bot, feel free to use the code provided; you’ll probably need to create a new developer application on Discord and turn it into a bot user, and read the read-me.

END_OF_DOCUMENT_TOKEN_TO_BE_REPLACED 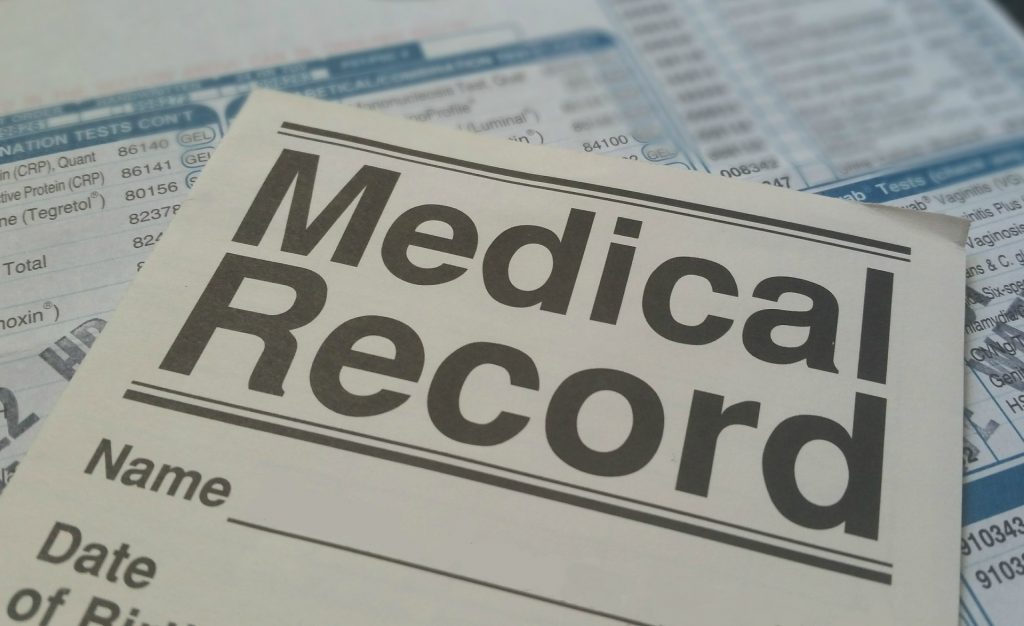 In the United States and other countries, healthcare service providers are rapidly adopting Electronic Health Records (EHRs). These records are real-time, digital versions of patients’ charts. They provide a variety of patient-centered information such as medical history, diagnoses, and medications. In 2014, 83% of physicians in the United States utilized EHRs, compared to just 42% in 2004 [bibcite key=heisey2015any]. A number of other countries already have better adoption of the technology, with over 90% of healthcare service providers in Australia, the Netherlands, New Zealand, Norway and the United Kingdom having adopted EHRs in 2012 [bibcite key=schoen2012survey].

Additionally, through progress in healthcare and technology, and the ensuing societal changes, people are becoming more conscious of their health and actively seek to better manage their health and lifestyle [bibcite key=lymberis2003smart]. With improvements in computer technology, mobile health monitoring devices are available; both through dedicated devices and through “apps” on personal mobile phones.

Most importantly, these developments are generating extensive datasets of previously unattainable proportions. As a result, hospital-centered healthcare is changing to patient-centered care. Where the goal formerly was to find general treatments for ailments, the goal is now shifting towards early detection of risks, prevention of further complications, and improvement of treatments through patient feedback. Though reducing costs should not be a primary motivator in healthcare, it has been estimated that usage of big data methods in healthcare could cause a 12% reduction of the baseline United States’ healthcare costs [bibcite key=kayyali2013big]. In this essay we will look at leading-edge developments related to big data in healthcare. Recognizing those developments, we will consider which near-future accomplishments can be expected and we will reflect on the desirability thereof.

END_OF_DOCUMENT_TOKEN_TO_BE_REPLACED

In this post, we will explore an inductive data structure as a type for lists of elements. We define two recursive functions that can be applied to lists of this type; namely, an operation to append two lists and an operation to reverse a list. With these definitions, we set out to mathematically prove a number of properties that should hold for these functions by means of induction.

A list is a data structure of a collection of elements in a certain order. A list can be defined in multiple ways. One way is to define a list as being an element (the “head” of the list) followed by another list (the “tail” of the list). Inductively, this could be formalized as follows:

Note that because we have lists of integers, following our definition the list l is of type list integer.

Multiple list operations can be defined, such as append and reverse. We defined our list inductively, and so it would make sense to define these operations inductively (also known as recursively) as well. Because of our neat data structure and operations, we should then be able to prove that certain properties of the operations hold.

END_OF_DOCUMENT_TOKEN_TO_BE_REPLACED

What is reasonable is not necessarily logical. One can believe two things and realize that they imply a third thing. Instead of coming to believe the third thing, that person might find they should stop believing one of the first two if they have a good reason to believe the third is false. Similarly, a person with those beliefs, except without a good reason to believe the third is false, might still not infer that the third is true: they might be utterly uninterested in whether it is true or not. There are many things one believes, and though it would be logical to follow those beliefs to their logical conclusions, this would result in one’s mind being filled with trivialities; a consequence that makes the action unreasonable.

In order to understand the difference between reason and logic, I think it is important to first understand reason more deeply.

Reason is traditionally split into two types. Theoretical reasoning is a type of thought to come to a certain belief, whereas practical reasoning is a type of thought to change plans or intentions. What is reasonable in one type, is not necessarily reasonable in the other. For example, in practical reasoning one might be presented with multiple, equally satisfactory options. It would be rational to choose an arbitrary option; otherwise one would be stalled through inaction. The same does not hold for theoretical reasoning: when presented with multiple, equally satisfactory beliefs it would not be rational to arbitrarily choose one to believe. However, it is possible to rationally choose which beliefs or questions one evaluates with theoretical reason. The conclusions remain unaffected.

Ordinarily, reasoning is applied in a conservative manner. One’s current beliefs and intentions are changed if there is a special reason to do so, and conserved otherwise. This is in contrast with foundational reasoning, where a belief should only be continued to be held if there is a justification to do so. In such a reasoning system, there are some foundational beliefs that require no further justification, such as current perceptions and logical axioms. In general, humans reason conservatively.

Logical processes can be divided into three modes. One such mode is deduction, where logical conclusions are reached from premises. A proof that some conclusion is true through deduction starts with the premises, then consists of a series of steps where each step follows logically from the prior steps or the premises, and finally leads to the conclusion. This proof is sometimes called “deductive reasoning”.

In reality, it is not actually a type of reasoning. In constructing such a proof, one can have many different considerations. One first determines what they are setting out to prove, upon which they might consider which intermediate steps could be useful. They then aim to prove these intermediate steps, and only then prove the conclusion is true using those intermediate results. The reasoning behind constructing a logical proof does not necessarily follow the same structure as the proof itself: the deductive rules must be satisfied for the proof, but are not necessarily followed in the proof’s construction.

A Turing machine is a mathematical model of a mechanical machine. At its roots, the Turing machine uses a read/write head to manipulate symbols on a tape. It was invented by the computer scientist Alan Turing in 1936. Interestingly, according to the Church-Turing thesis this simple machine can do everything any other computer can do; including our contemporary computers. Though these machines are not a practical or efficient means to calculate something in the real world, they can be used to reason about computability and other properties of computer programs.

END_OF_DOCUMENT_TOKEN_TO_BE_REPLACED

The view that machines cannot give rise to surprises is due, I believe, to a fallacy to which philosophers and mathematicians are particularly subject. This is the assumption that as soon as a fact is presented to a mind all consequences of that fact spring into the mind simultaneously with it. It is a very useful assumption under many circumstances, but one too easily forgets that it is false.